Just a couple of shots taken from Leamington station to show the progress in construction of rented and shared equity 'affordable' apartments on the site of the old Leamington garage. Scaffolding is erected for new buildings where the maintenance and office buildings once stood. 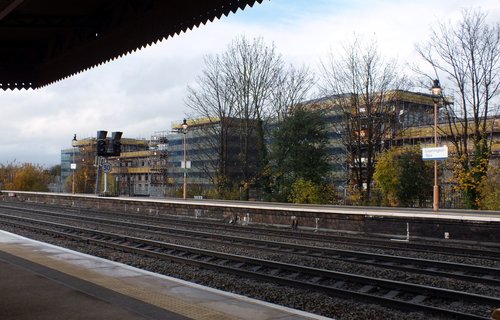 Single car 153371 is seen leaving Leamington for the short journey to Coventry calling at the recently commissioned new station at Kenilworth - passengers were noted using this train, so hopefully it will prove to be a viable service. Just a shame that it doesn't run through to Nuneaton where there are connections to Leicester and stations to Stansted Airport.

There was another two Midland Red Garages in Leamington Spa this one was opposite the Railway Station but is now just a memory https://www.flickr.com/photos/dofartsha ... ux-dMkwbr/
Top
Post Reply
2 posts • Page 1 of 1