by TimBrown
Found these pictures of DRM buses at Worcester Crowngate bus station lurking in my photo files;
This one taken on 16 February 2008. 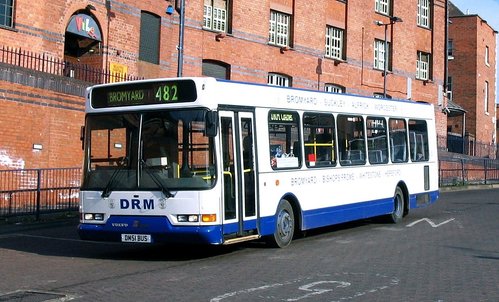 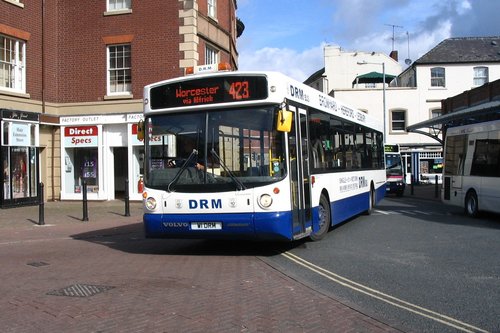 And one with amber flashing roof lights - did the driver switch those on when loading and unloading school children on contracted services?
This shot taken on 19 January 2009 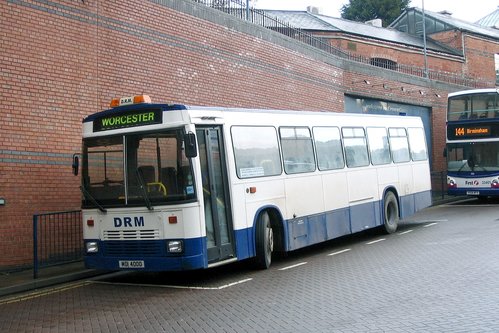 by chason
Nice photos of an interesting fleet, Tim.

I hadn't realised that DRM also incorporated amber roof lights - a bit more stylish with DRM incorporated than in the days of Bill Morris. You could be right about the reason although I don't think there was one at the rear which would have made it more useful if it was to warn of schoolchildren alighting.

by AdamH
I always assumed it was an ex-airport bus?

I had missed the fact that W1 DRM also had flashing amber lights fitted, this bus had Volvo B10BLE chassis and Alexander B44F bodywork and was new to DRM 03/00.

DM51 BUS was a Volvo B6BLE with East Lancs B33F bodywork and new to DRM 10/01. I have used past tense as not sure if the above still owned.

There is a discrepancy in some of the above dates in The PSV Circle G248 Herefordshire, Worcestershire and Warwickshire fleetlist of July 2002 when compared with dates given in Bus Lists on the Web. PSV Circle states the chassis was rebodied during 1994; so did DRM purchase it as a complete coach, or just the chassis and have it rebodied, or alternatively buy it as a rebodied dual purpose vehicle?

by ANDREW
I assume it should have said body only scrapped then withdrawn . . . . .