Some photographs taken on Saturday 13 April 2013 of LMS Black 5 locomotives 45407 & 44871 preparing to haul the 'Heart of Wales' charter from Shrewsbury to Llandrindod Wells via Central Wales line and then to Cardiff. This Railway Touring Company special was hauled by diesel 57601 from Cardiff to Shrewsbury via Hereford. 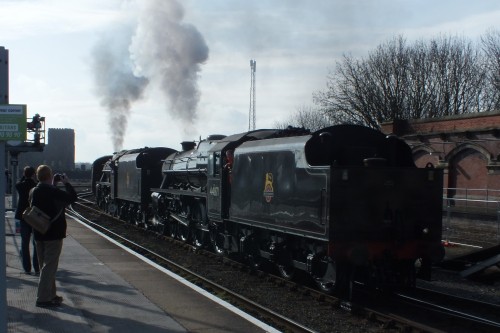 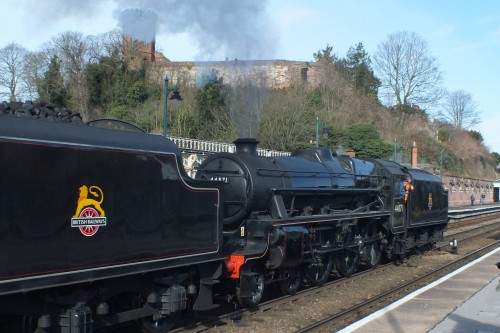 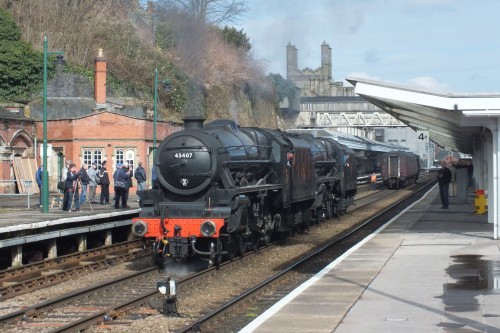 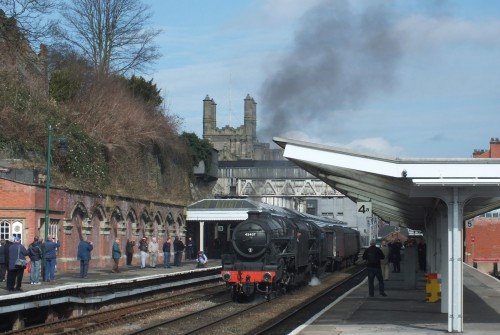 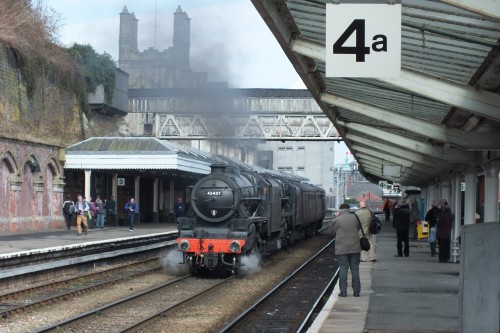 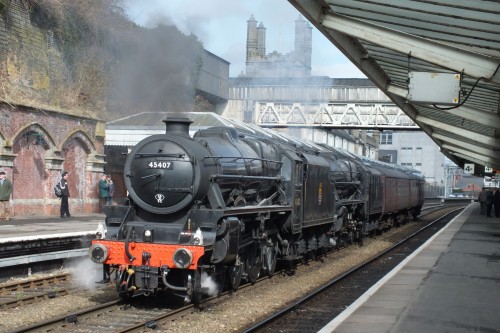 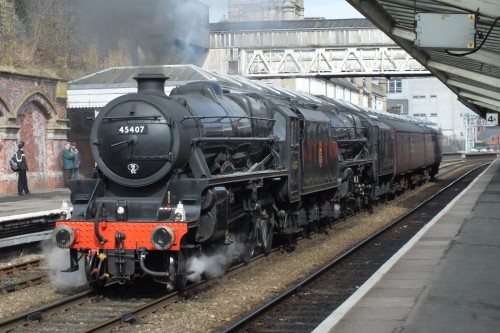 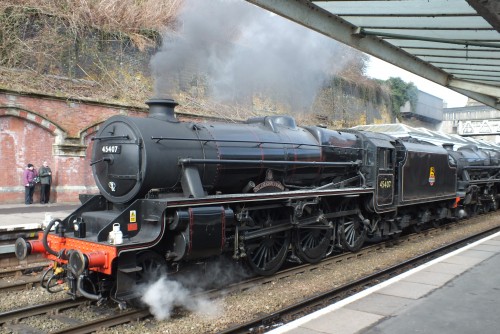 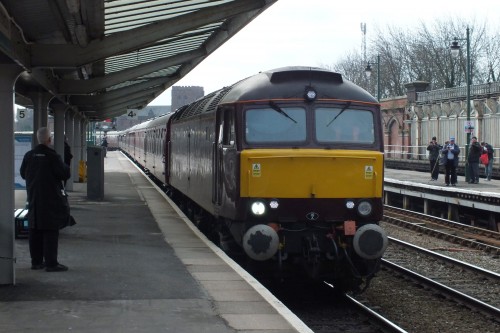 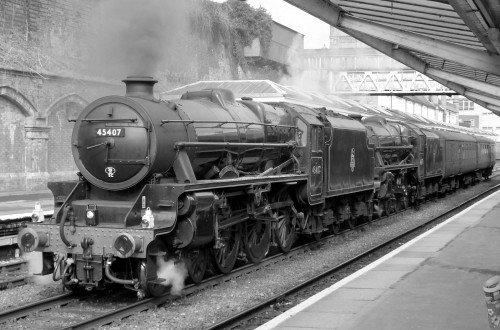 A few months later on Monday 01 June 2013, LNER 60009 'Union of South Africa' is seen at Hereford in a positioning move from Carnforth to Bristol via Crewe and Shrewsbury. It suffered a hot box en route and the journey was curtailed at Hereford. This locomotive has now finished working on the mainline as mainline boiler certificate expired in April 2020.as per attached link;
https://www.railadvent.co.uk/2020/04/fa ... nline.html 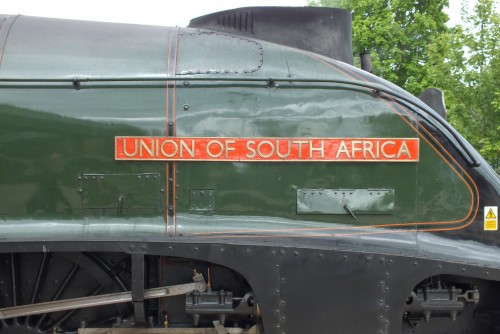 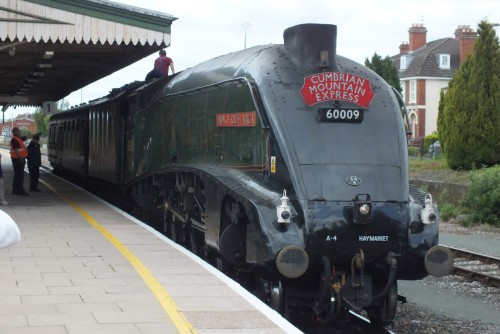 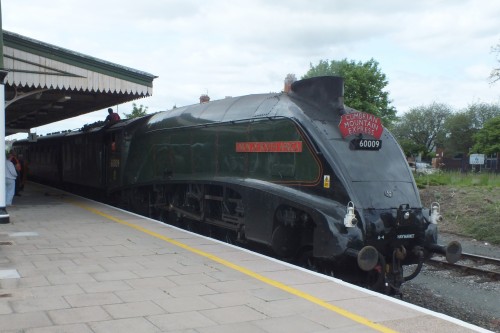 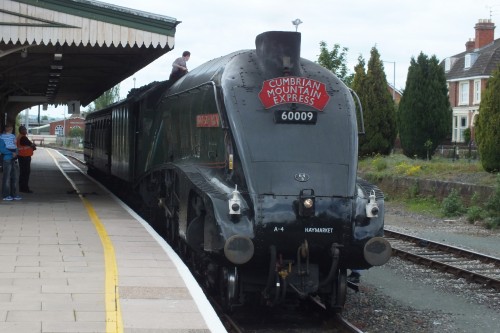 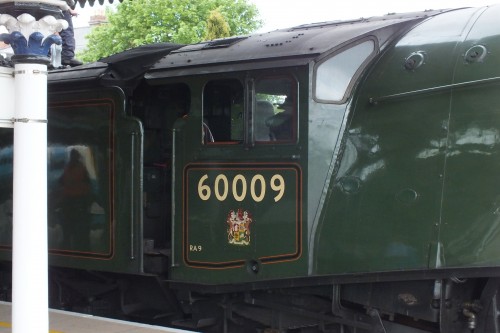 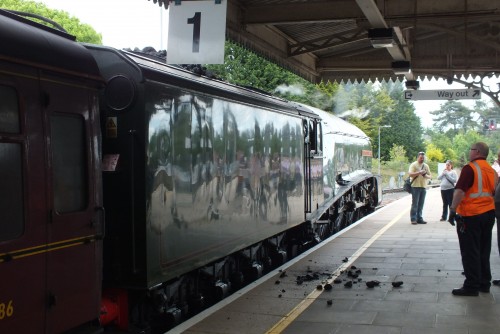 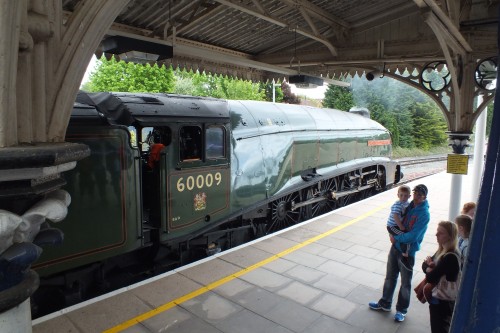 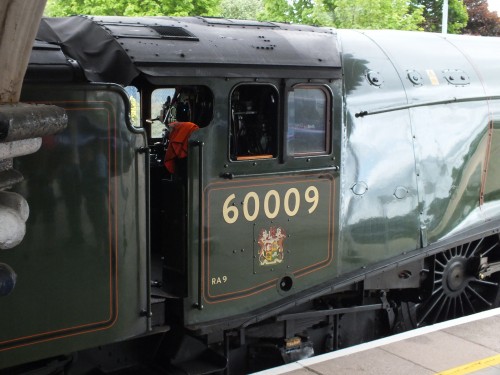 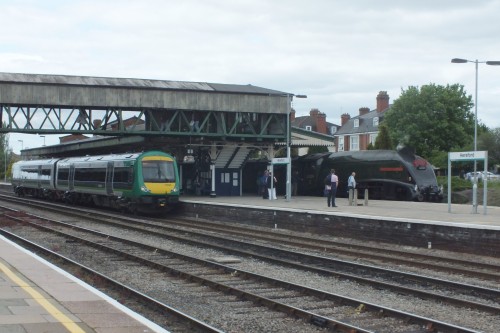