Subforum for non-Midland Red operators that do not have their own subforums.
Post Reply
4 posts • Page 1 of 1

The attached article appeared in Sunday Telegraph 8 March 2020 as an interview with Wrightbus owner Jo Bamford; it is titled "We can sell a hydrogen bus around the world". 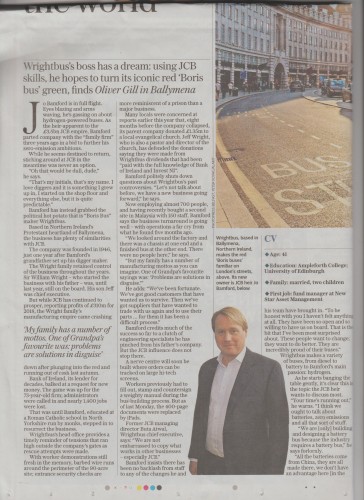 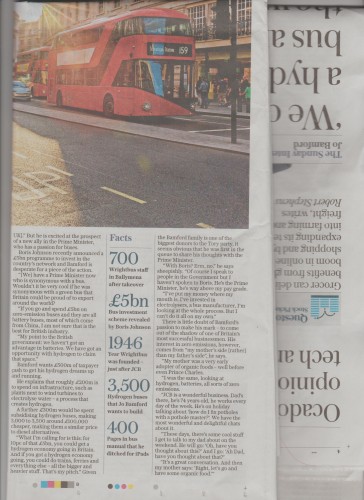 Not sure about this ambition as I believe the cost and power needed to produce hydrogen using current technology is prohibitive and therefore not the green option that it appears to be at first sight. That said there is an environmental cost involved in any power generation and public/personal transport. It comes as a harsh 'wake-up call' to car owners (and I am one) that we must use them a lot less if we are sincere in reversing world climate change!
Top

In answer to some of my doubts or concerns about the carbon cost to produce hydrogen for use in public and private transport vehicles, trains and aircraft the attached article appeared in The Mail on Sunday Wealth section yesterday 18 July 2021. I am not sure about the carbon capture approach, but 'Green Hydrogen' made from water, wind and solar-powered electricity would appear to have potential.

Sadly we have very little hydro-electric capacity in the UK despite the country being blessed with many hill and mountainous regions which could provide clean energy. There seems to be nothing in any government or political party's manifestos committing us to building dams and flooding valleys. I guess the green and environmental issues frighten politicians away from this course. Norway on the other hand invested their North Sea Oil revenues over the years and now have 95% Hydro power, some of which will find its way into our National Grid.

Meanwhile we are allowing a Chinese/French consortium to build a multiple billion £ massive nuclear plant at Hinkley Point with all the problems of disposing toxic radioactive waste which will take over a thousand years to decay.

Culham Laboratory are working on Fusion power which creates plasma six times hotter than the sun with obvious problems containing immense 'star' temperatures. Imagine what would happen if a large scale reactor of this kind went out of control - Chernobyl would be small scale by comparison!

Covid restrictions have made it quite clear that using the car is far more convenient and much quicker than using public transport; I feel that despite having Concessionary 'free' bus passes, many OAP's with cars will think the same way unless local bus transport is made more frequent and user friendly, particularly in Worcester City.

If you click on the picture it will show the correct way up; 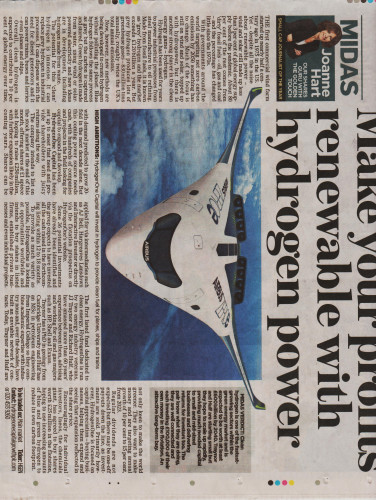 Thanks Tim for the info and update.

I get excited by scientific and technology breakthroughs, but I get frustrated when they are adopted in an unintelligent way.
I support the idea of ALL products having an "environmental passport" and realistic total-life cost prediction, from their manufacture to their scrappage / recycling.

Unfortunately a lot of new technologies are not yet ready for commercial applications, and I do not see the current "race to electric vehicles" as being satisfactory, - but I guess it's the most developed and proven low carbon alternative to diesel, and urgently needed because of the climate crisis.

"I propose" that buses need "Euro7" diesel engines and new cleaner diesel fuel,
(dual-dosing of "Ad-Blue" is already suggested), and improved stop-start technology (where the driver can press a "nearly-ready" button, so the engine can ramp-up).

Have the "micro-hybrid" or "mild-hybrid" technologies used on the SreetLite and StreetDeck been refined enough yet ??

What percentage of the CO2, and harmful toxins, in the air of towns and cities would a fleet of Euro 7 buses produce ??
Top

Two of the twenty Wrightbus Hydrogen buses ordered have now been delivered to NXWM.
All twenty are due to be allocated to Walsall depot.