I think 60009 'Union of South Africa' has been working hard this month, it looks authentic with a coat of grime, especially in the black and white shot. i didn't expect to see this locomotive working into Worcester this year as it had some heavy repairs late in 2017. It is booked to visit Worcester again in February 2019 which might be the last time before it is put into a museum on the owner's Ayrshire farm. 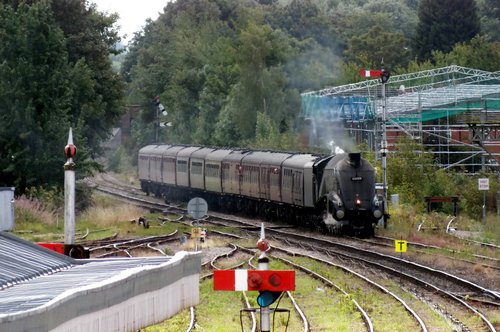 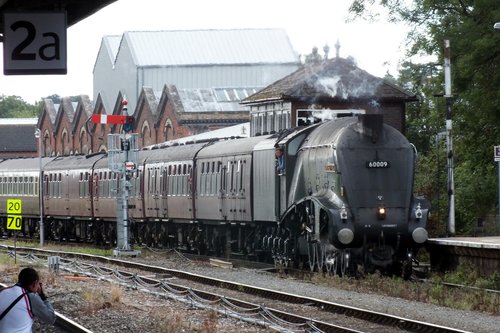 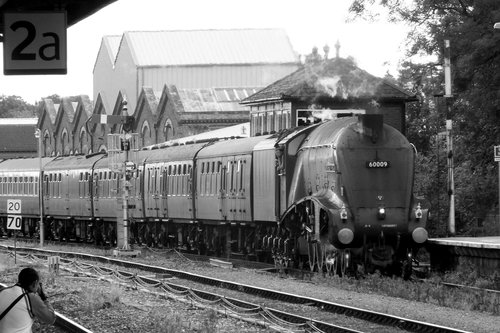 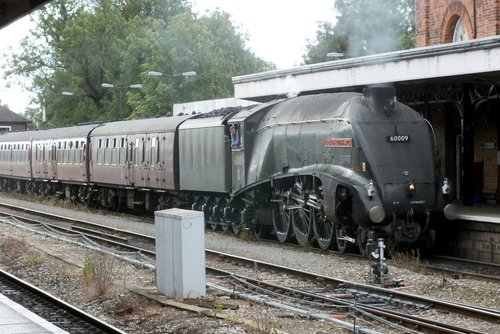 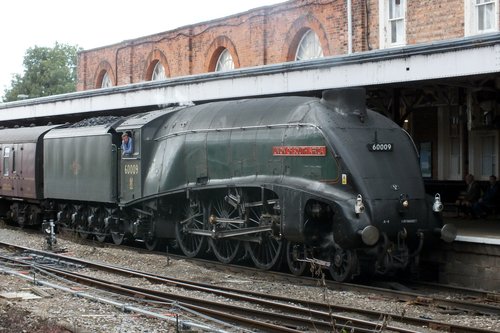 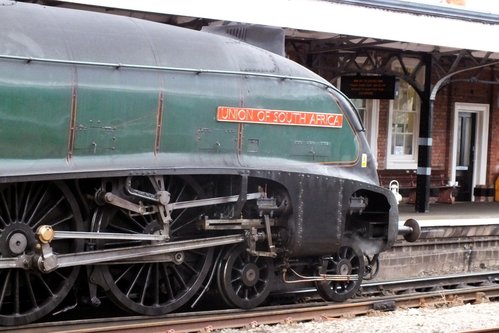 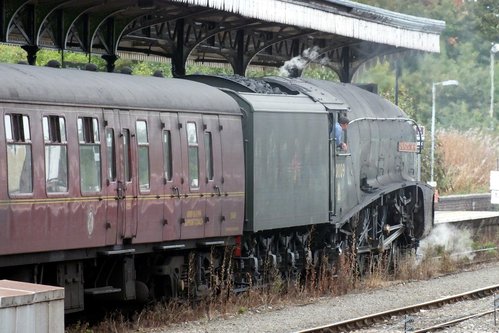 And this afternoon passing Norton.

Couple of other shots from today.....
Was out early to see this Bristol - Derby test train hauled by a very noisy 37025

Wasn't expecting to see this - I wonder how useful this sign has been.


Wasn't expecting to see this - I wonder how useful this sign has been.

Thanks for these shots, that Samaritans notice should be much bigger as there have been far too many successful suicides along this fast 100 MPH section - and the carnage seems to be on the increase. Very sad for the family of deceased and very traumatic for the train driver.
Top

It's a shame TIm. I guess it if it stops one person, the sign has done its job.

Nice to be out for a full day of train chasing, not done that in a while.
Top

It would appear that the mainline certificate for 60009 'Union of South Africa' does actually expire April 2019, so today, 16 February 2019, is a final farewell tour to Worcester Shrub Hill of this 82 year old locomotive. Though it never visited our City in BR days it has been a regular charter train performer in the preservation era working from Tyseley and London stations.
It is seen arriving at 11.45 this morning. 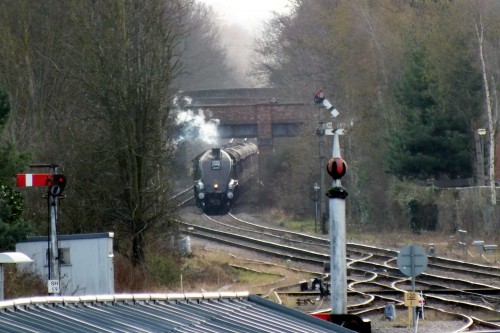 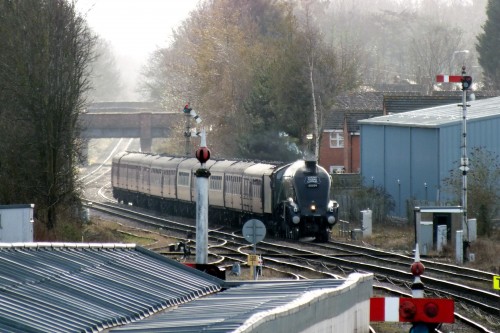 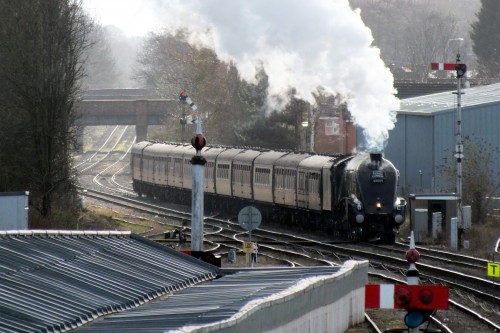 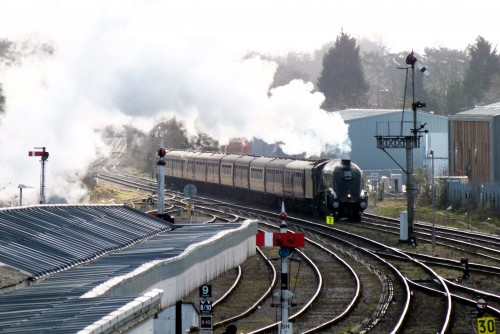 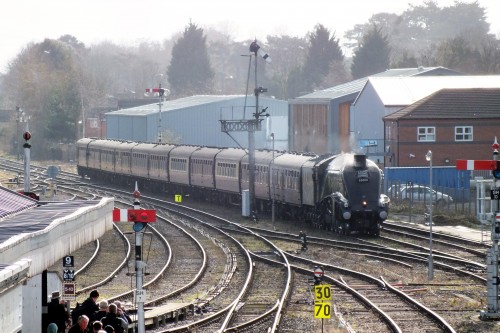 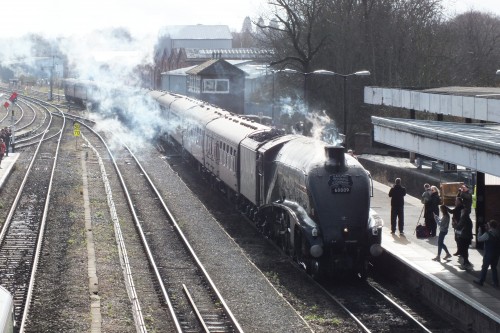 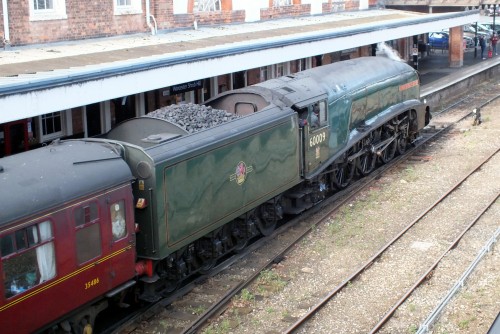 The platform was full with passengers and local enthusiasts wanting to experience the engine at close quarters. 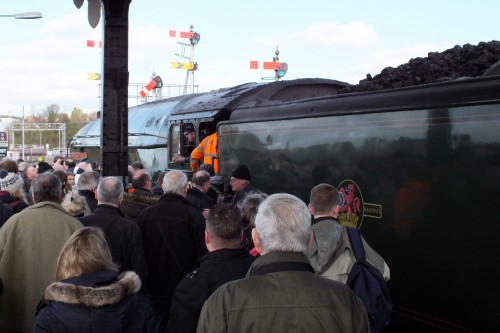 Coming into the platform off the depot - where's the locomotive? Note everyone seems to be taking a photograph too! 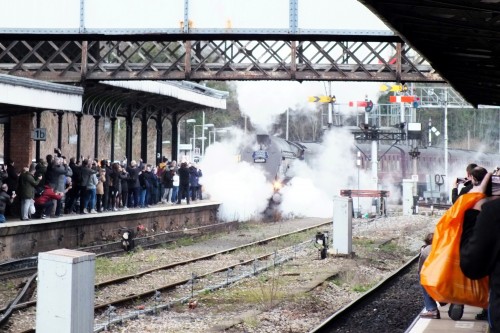 You can see the A4 more clearly in these shots. 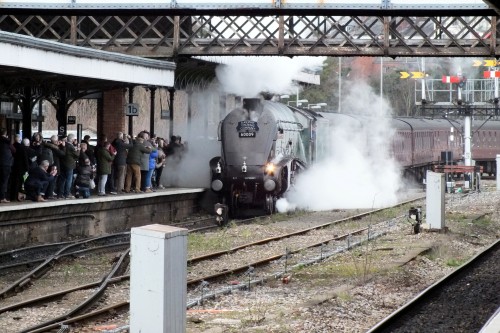 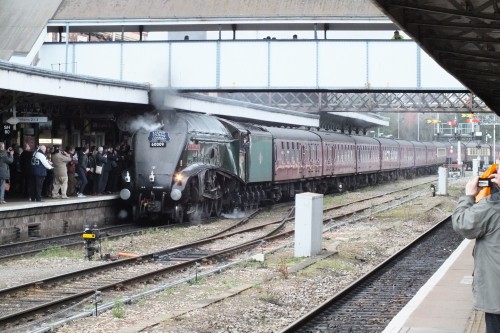 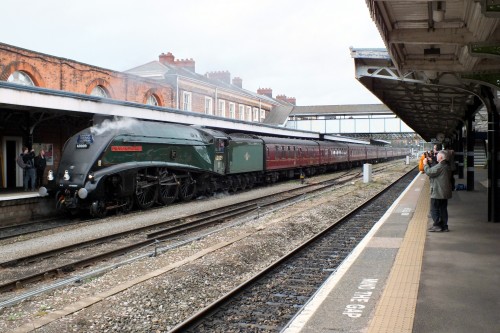 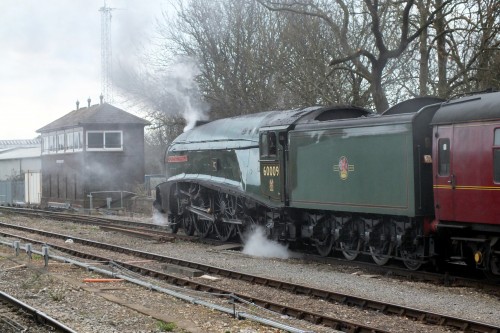 The departure with plenty of steam and more heads! 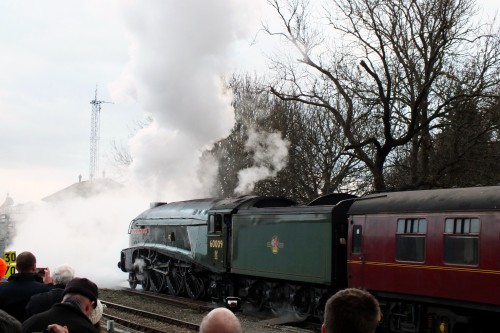 802014 one of the higher powered IET sets intended for Paddington to Cornwall services seen arriving into Shrub Hill. 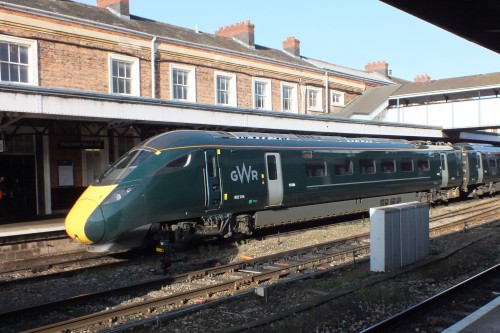 Then seen in shadow departing into the sun. 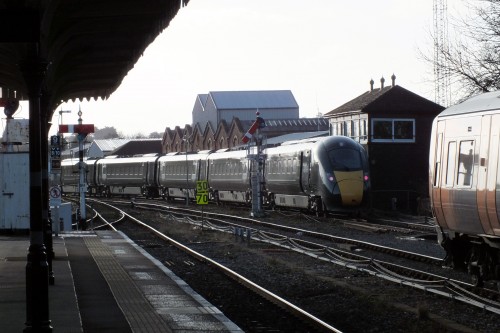 Local unit 172338 in gold and purple 'crunchie' livery a very strange combination in my eyes. 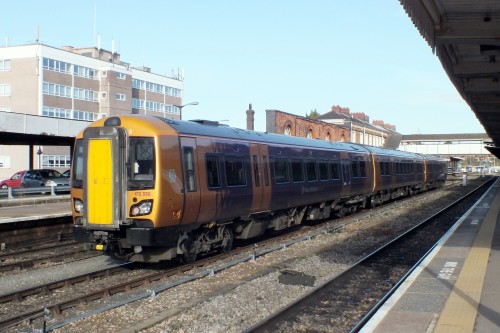 166221 is seen arriving and at rest in the platform, it is still in the fast disappearing dark blue livery which was not all that inspiring, but far better than the latest GWR drab dark green. 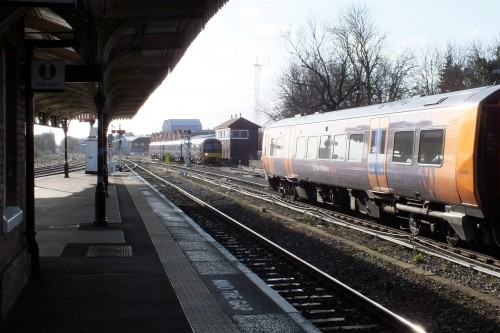 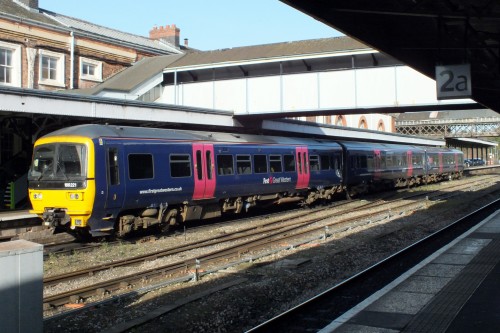 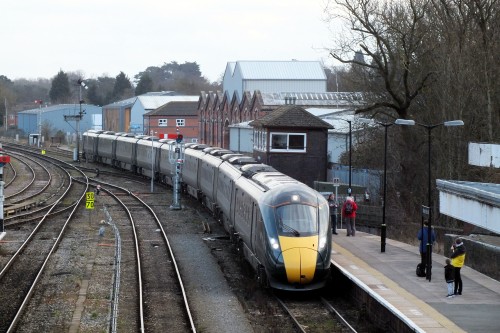 Some very nice pictures, thanks Tim.

I agree about the 'crunchie' livery. I thought it might grow on me but now I am getting used to it, I think it's even worse. One of the few things I think London Midland got right was its green and black livery which I thought was very smart and pleasing to the eye.
Top

I agree about the 'crunchie' livery. I thought it might grow on me but now I am getting used to it, I think it's even worse. One of the few things I think London Midland got right was its green and black livery which I thought was very smart and pleasing to the eye.

Apologies for so many photos of the same locomotive, but I have managed to source a second hand camera exactly the same as my old one, but with sound inner and outer lenses. It has a manual zoom which is not available on new digital cameras, this facility gives much longer battery life than the motorised type - not only that, as you can see, this website accepts images from it which for some reason it will not from my later version.

As for that 'crunchie' livery, I am glad that I gave up drinking alcohol some time back because seeing those trains with an early morning hangover certainly wouldn't help! Agree that the green, black and ivory livery was a class act; the two-car 172 sets are still running in this livery but the 170s have been debased with a hybrid livery and gold vinyls which do not look very professional. I know we will be losing the 170s when the new stock arrives in 2021 and assume the two-car 172s will be cascaded elsewhere as well.
Top

Great photos Tim. Got to enjoy them while we can!


Nice to see so many people too - I admittedly tried to get out to some of my more remote locations and I still managed to meet up with other enthusiasts.
Top

Tim have I read somewhere that 60009 is now going to be available for use for another year?
Top
Post Reply
12 posts