During the late 1980’s and early 1990’s Midland Red West had two flat screen Bristol RE buses stored at the rear top end of the Redditch Plymouth Road Bus depot behind the depot building so were not visible from the road. One was definitely UHY634H. Both had been converted into exhibition buses with the seats removed and many of the windows plated over and were used to advertise National Express Coach services in the early 1980’s. I never saw them move and their key role appeared to pen in and protect the S12 3750 that was also parked at the time in that part of the garage. I understand they were owned by Midland Red West, maybe coming with the purchase of the Bristol OC business ? or I had even heard it suggested directly by Ken Mills the then Managing Director of MRW ? Does anyone know what happened to the vehicles ?
Top

I don’t have any information about these vehicles, but I seem to remember seeing a photo of one of them some time ago. Maybe in Chris Sampson’s collection?
Top

And a further dig into Busview give similar vehicle HRN255G as being a publicity vehicle with National North West and being allocated fleet number PV2. So, would "UHY" have been PV1 ??

Maybe not !! Photo's of the two vehicles mentioned can be found on Flickr and one caption suggests three or more of these vehicles existed . . . .

UHY634H and HRN255G were the two of them. HRN ended up on the patch at WR during the mid 80s,it then ended up next to 3750 at RH patch,along with UHY..... The Bristol RE badge and ECW badges of HRN live on in further preservation 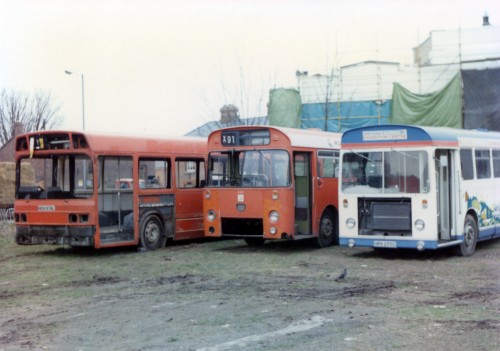 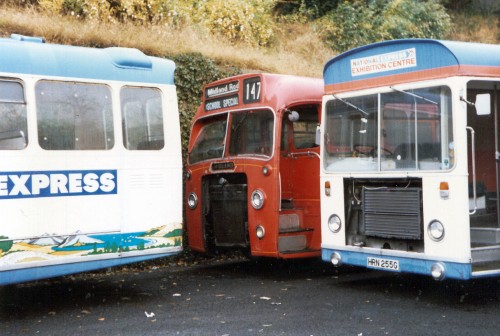 DAE509K was another such machine.

Thanks for the replies

With regards to the pictures the top one is the Worcester patch and the Leyland National is 174 NCN974L the only one actually withdrawn from Redditch when the minibuses were introduced at Worcester - 120-3,250/1 moved from Worcester to Redditch in November 1985 to increase the frequency on what is now the 57/8 to every 6 minutes (many of the newer Nationals were taken out of service but stored in the then closed Bromsgrove Garage as the Worcester, Kidderminster and Redditch minibus networks started and were reinstated on 26th October 1986 with the opening of the Digbeth operation). I would think the picture was taken in late 1985/early 1986.

-- -- we don't get enough nostalgia on here from Staffs + Shropshire; Leicestershire + Derbys; Warwickshire + Banbury; and B'ham + the Black Country --
-- there must be so many interesting memories, and you don't have to be a bus enthusiast to share them !!
Top