A Dining Charter train from Tyseley to Worcester and back ran on the evening of Thursday 4 July 2019 with Jubilee class 4-6-0 45596 'Bahamas' in charge. Designed by William Stanier as a fast express passenger locomotive, it was built by the North British Locomotive Company in 1934 and entered service as 5596. It was renumbered 45596 upon Nationalisation in January 1948 and subsequently modified with double chimney in May 1961.

After withdrawal in July 1966 it was acquired for preservation in 1967 running on main line charters and latterly on preserved railways. It went into storage and static display by end of 1997 and major boiler work and a complete overhaul commenced in July 2013 culminating with a return to mainline charter service from February 2019 in the superb condition as seen in the attached photographs. 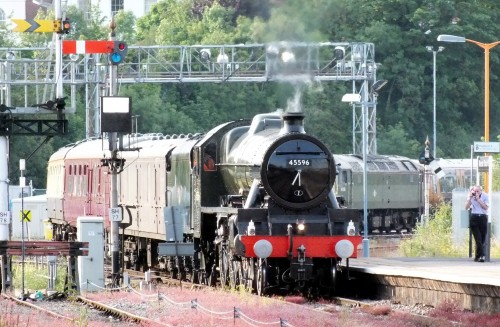 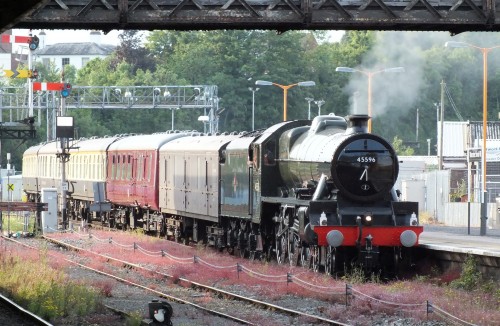 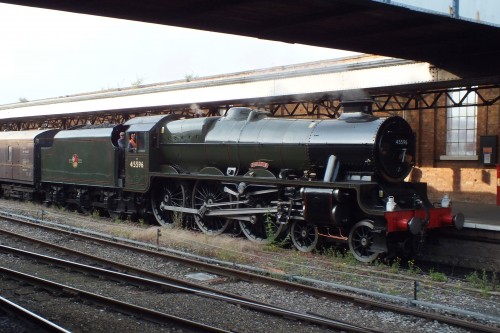 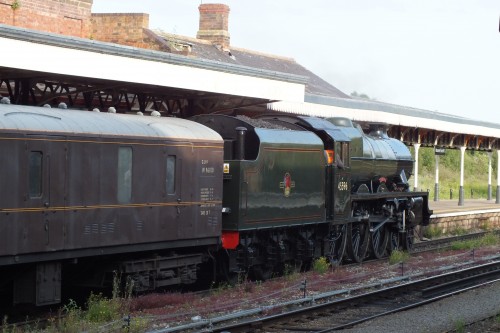 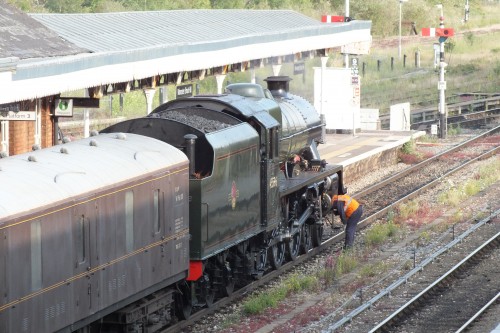 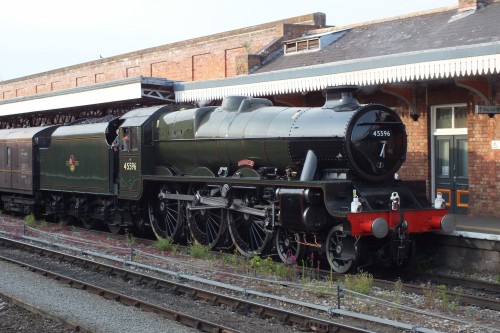 The next shots taken on the return journey at the site of long since demolished station at Fernhill Heath. 'Bahamas' sounded superb with that very distinctive three cylinder syncopated exhaust beat as it roared past. 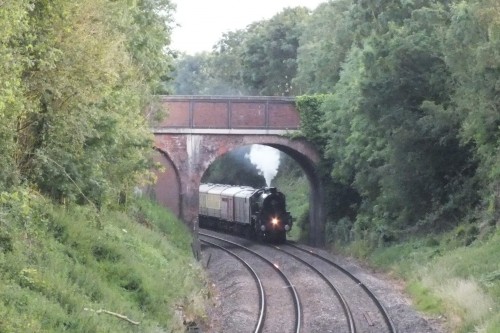 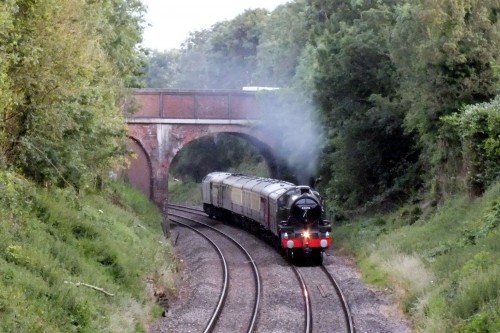 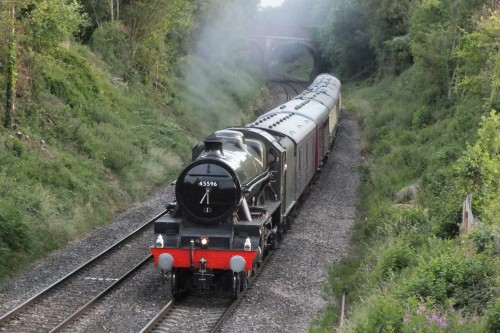 Nice photos, as always, Tim.
Even though I was never a real fan of the LMR engines, my trainspotting excursions to Shrub Hill in the late 1950's/early 1960's were never complete without seeing the Devonian, often Jubilee hauled, on its journey south from Bradford to Paignton. For some reason the northbound train avoided Worcester and was routed on the mainline through Spetchley before stopping just outside Bromsgrove to collect a banker or two to help it up the Lickey Incline. The southbound train called at Shrub Hill at about 2.15 pm if my memory serves me right.
Top

Got out to see 'Bahamas' today on a round trip from Birmingham to Hereford via Gloucester and back via Shrewsbury.

And at Pontrilas on the way up to Hereford.

45596 'Bahamas was in Worcester again this morning Saturday 20 July 2019 working the Welsh Marches Charter from Dorridge to Hereford via Kidderminster, Worcester, Gloucester, Lydney and Abergavenny, returning via Ludlow, Wellington, Wolverhampton and Birmingham New Street. The diesel on the tail end of the train making loud whistling noises was something of a surprise - Class 20 20142 in rather non-standard London Transport livery, an unexpected bonus. 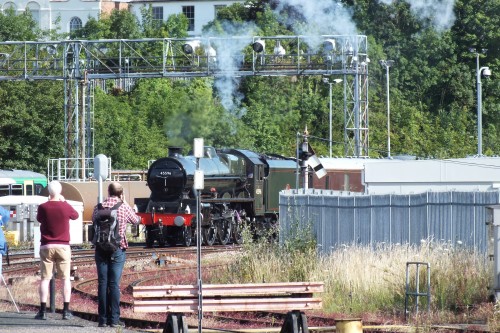 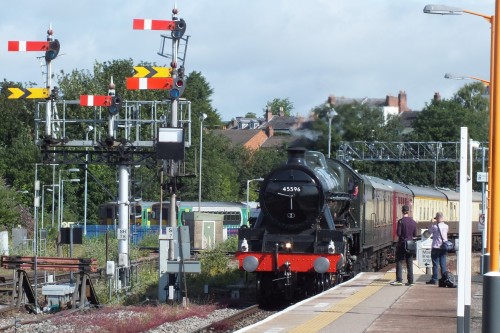 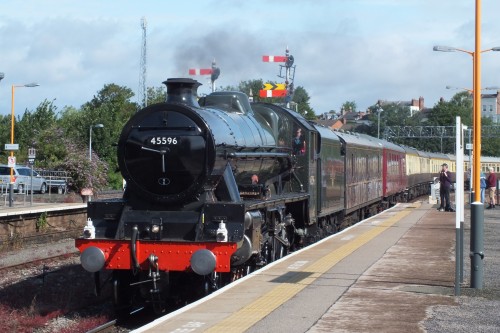 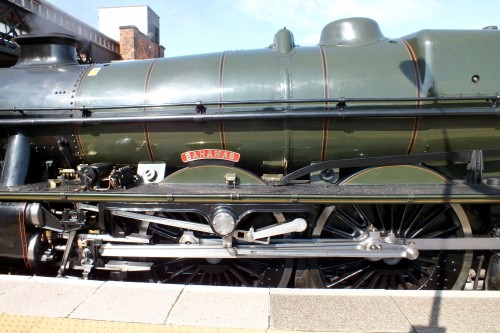 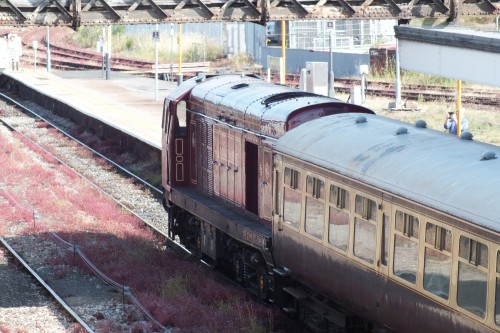 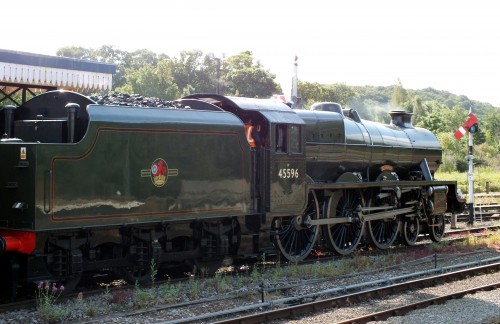 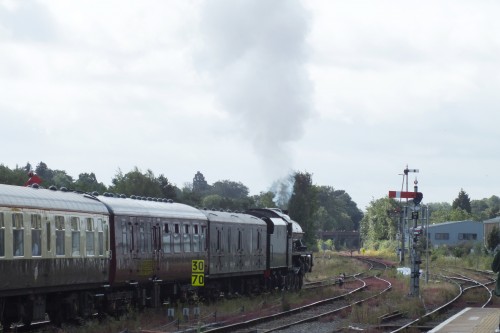 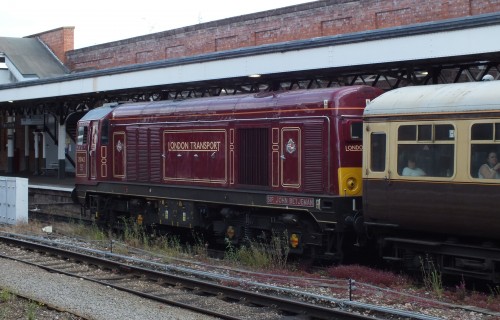 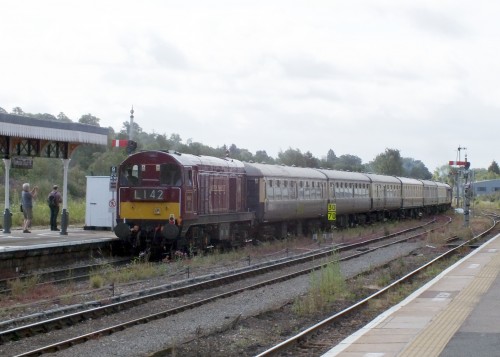